All of the 212 events were in just 17 states, meaning that 33 states and the District of Columbia did not receive any general-election campaign events at all.

FairVote created the database and this map of campaign activity.  Click here to see details of the candidates' visits to various states.  The map shows, by state, the number of campaign events starting on August 28, 2020 (the day after the end of the Republican National Convention) and ending on Tuesday November 3, 2020 (Election Day). 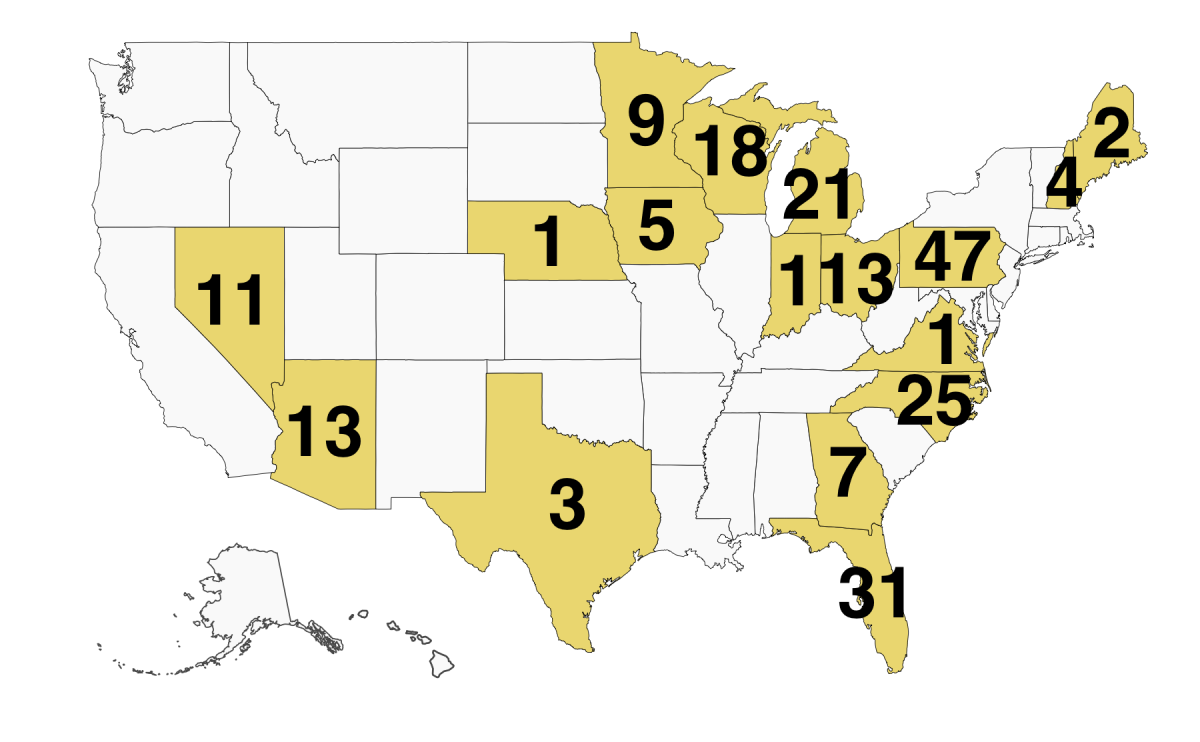 The reason why voters in only a handful of states matter in presidential races is that almost all states award all of their electoral votes to the candidate who gets the most votes inside the state. Because of these state winner-take-all laws, candidates have no reason to pay attention to voters unless they live in a state where the race is within a few percentage points.

Despite the pandemic, the total of 212 events in 2020 equaled 84% of the total number of events in 2012 -- the most recent election involving an incumbent President and Vice President.

The concentration of the 2020 campaign events in just a few battleground states is nothing new, and was predicted as early as summer 2019.

All the campaign activity has been in states that were rated as either "toss-up" or "leaning" toward one party by the Cook Political scorecard.

The New York Times has a detailed state-by-state, week-by-week map