Status of National Popular Vote Bill in Each State

The bill will take effect when enacted by states possessing an additional 74 electoral votes.

The National Popular Vote bill has now passed a total of 41 state legislative chambers in 24 states. It has also passed at least one legislative chamber in 9 states possessing 88 electoral votes (Arkansas, Arizona, Maine, Michigan, Minnesota, North Carolina, Nevada, Oklahoma, Virginia).  It has been unanimously approved at the committee level in 2 states possessing 27 more electoral votes (GA, MO). The National Popular Vote bill has been introduced in various years in all 50 states.

On the map below, each square represents one electoral vote (out of 538). 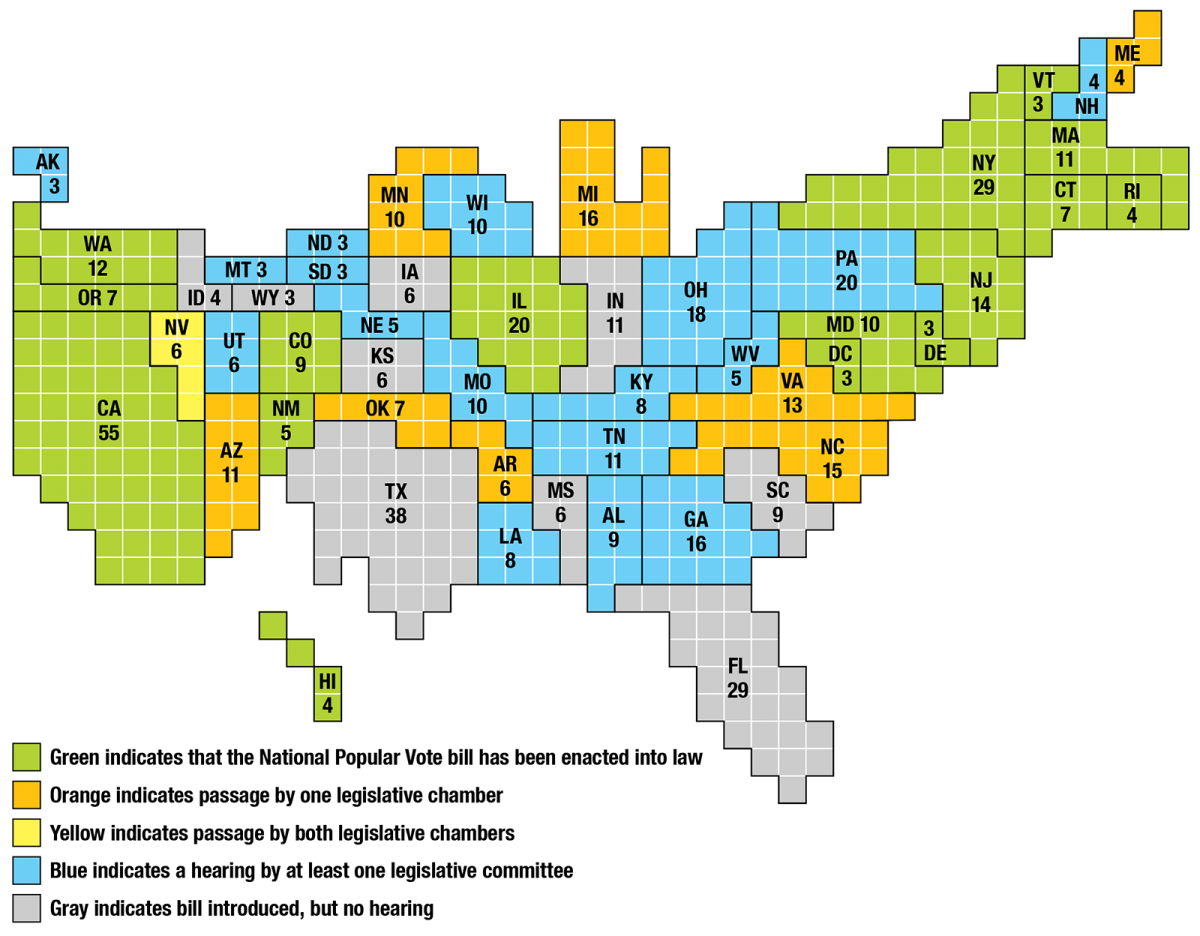 The states are listed below alphabetically.  Click here for chronological history.

Colorado - Enacted into law in 2019 by legislature and Governor, and approved by Colorado voters on November 3, 2020

District of Columbia - Enacted into law

Nevada - Passed Assembly in 2009, and passed the Assembly and Senate in 2019, but vetoed