On June 10, 2019, the Maine Senate voted to insist that the House pass the National Popular Vote bill (status of LD 816), sending the bill back to the House for reconsideration.

On May 30, 2019, the Maine House defeated a motion to accept the minority report (urging adoption) of the National Popular Vote bill (status of LD 816).

In a March 12-13, 2019 poll, when Maine voters were asked in a recent poll how the President should be elected, they responded"

68% of Democrats favored a national popular vote, compared to 20% or the congressional-district method, and 12% for the statewide winner-take-all method.

42% of Republican favored a national popular vote, compared to 40% for the congressional-district method, and 18% for the statewide winner-take-all method.

The percentages for Democrats, Republicans, and Independents are shown below.

The poll surveyed 633 registered voters in Maine and was conducted by Public Policy Polling on March 12-13, 2019.   Click here for written report and cross-tabs

On March 1, 2019, the Committee on Veterans and Legal Affairs held a public hearing on the National Popular Vote bill (status of LD 816). 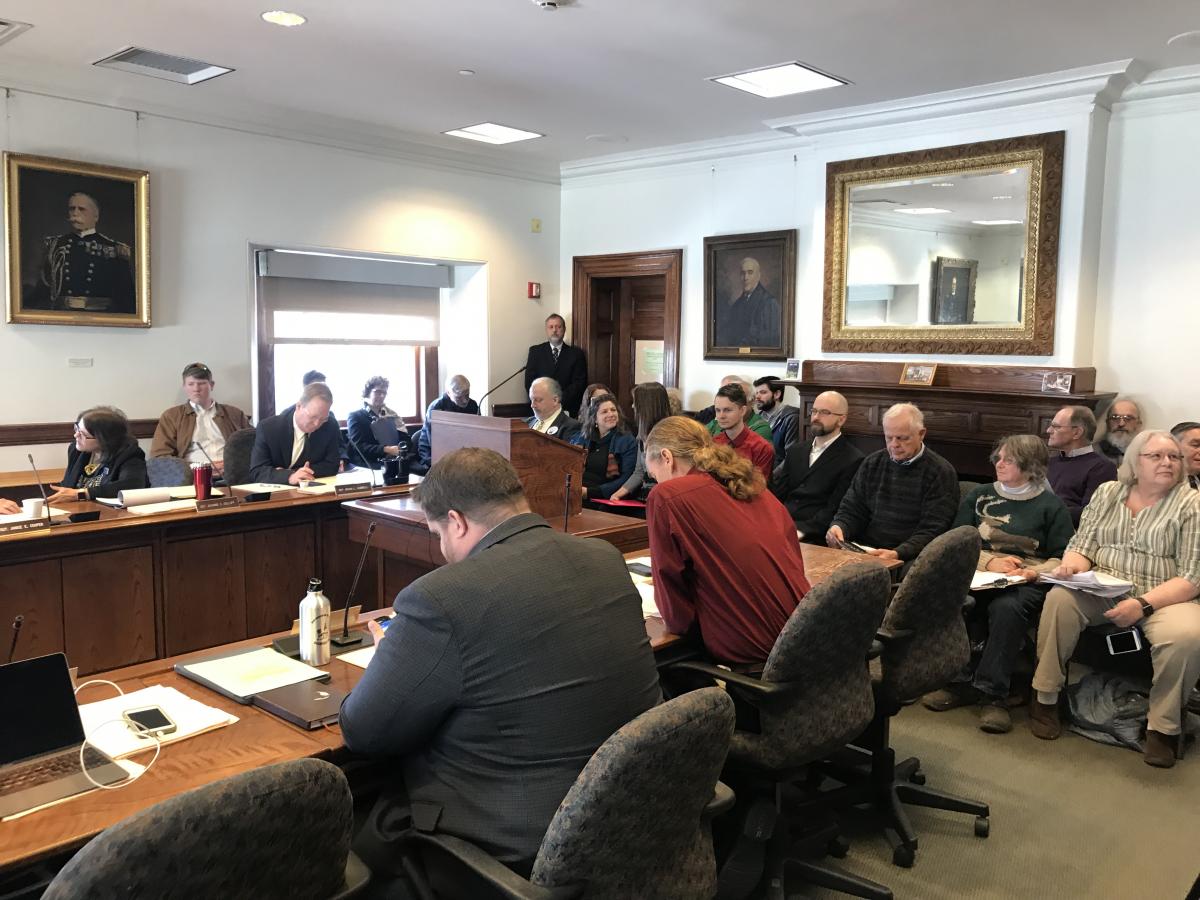 Hearing on March 2, 2019 before Committee on Veterans and Legal Affairs

The National Popular Vote bill has been introduced in the Maine legislature by:

On January 7, 2009, Representative John L. Martin introduced the National Popular Vote bill (LD 56).  While a member of Maine's House of Representatives in 1969, John Martin sponsored Maine’s current law governing the awarding of electoral votes. Under this 1969 legislation, two of Maine's electoral votes are awarded by congressional district, and two are awarded on a statewide basis. In 1992, Nebraska adopted legislation patterned after Maine's 1969 law.

In a follow-up question presenting a three-way choice among various methods of awarding Maine's electoral votes,