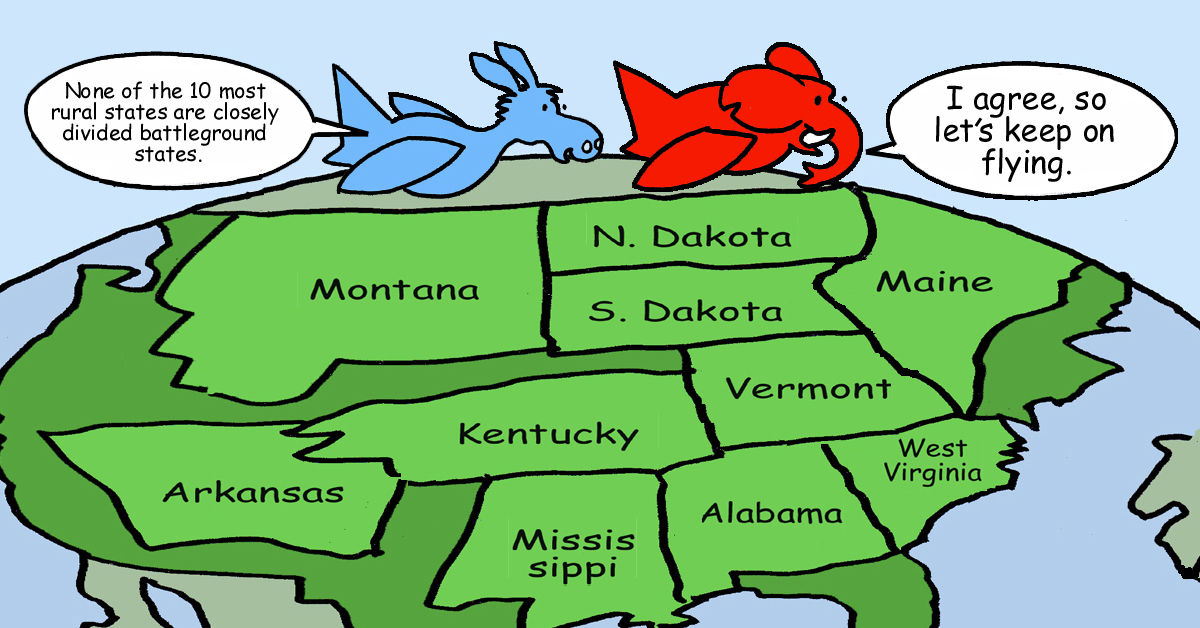 Political influence in the Electoral College is based on whether the state is a closely divided battleground state.  Under the current state-by-state winner-take all method of awarding electoral votes, presidential candidates ignore states where they are safely ahead or hopelessly behind.

However, none of the 10 most rural states were closely divided battleground states in either the 2012 or 2016 presidential election. Thus, none of these 10 states received any general-election campaign visits.

According to the 2010 census, the 10 states with the highest percentage of rural residents are