President Trump Reaffirms His Long-Standing Opposition to Electoral College, and Favors A Nationwide Vote for President

In 2012, Donald Trump said, "The electoral college is a disaster for a democracy. ... A total sham and a travesty."

On April 26, 2018, President Donald Trump told Fox & Friends that "I would rather have a popular election."  Politico   Video

"The nation as a whole is not going to elect the next president. Twelve states are."  Video

The map below shows the number of 2016 general-election campaign events received by each state. See Map 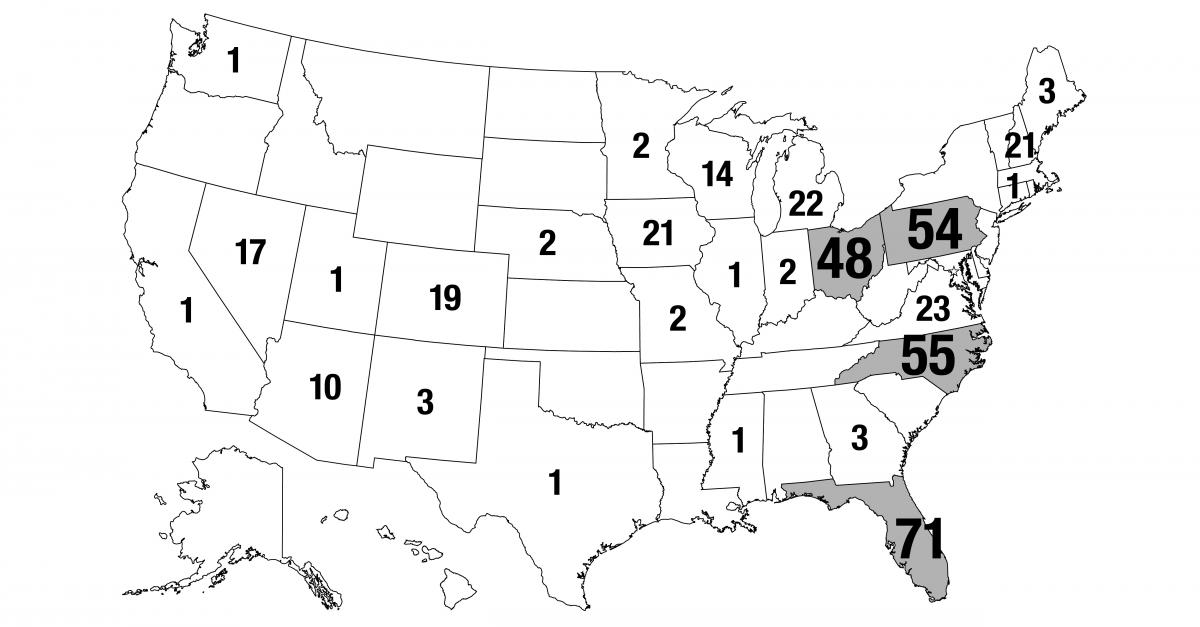 Here's what Trump said to Lesley Stahl about the Electoral College and a national popular vote for President on Sixty Minutes on November 13, 2016:

Stahl: Now for months you were running around saying the system is rigged.  The whole thing was rigged.  You tweeted once that the Electoral College is a “disaster for democracy.”

Stahl: So do you still think it’s rigged?

Stahl: Exactly.  But do you think it’s rigged?

Stahl: Even though you won, you’re saying that.

Trump: Well, I mean, I’m not going to change my mind just because I won.  But I would rather see it, where you went with simple votes. You know, you get 100 million votes, and somebody else gets 90 million votes, and you win.  There’s a reason for doing this.  Because it brings all the states into play. The Electoral College. And there’s something very good about that.  But this is a different system.  But I respect it.  I do respect the system.

"I believe strongly that in a democracy, we should respect the will of the people … and move to the popular election of our president.”