Nate Silver of FiveThirtyEight has calculated that for one candidate, winning isn’t enough.

﻿In order for Joe Biden to have just a 46% chance of becoming President, he needs to win the popular vote by 2% to 3% (about 3 million votes).

A 3% to 4% lead in the national popular vote would give Biden only a 74% chance of becoming President.

The reason for this is that state “winner-take-all” laws award all of a state's electoral votes to the candidate receiving the most popular votes in each state.

If a candidate can eek out a small win in one or more closely divided states, it really doesn't matter what the rest of the country thinks under the current state-by-state winner-take-all method of awarding electoral votes. 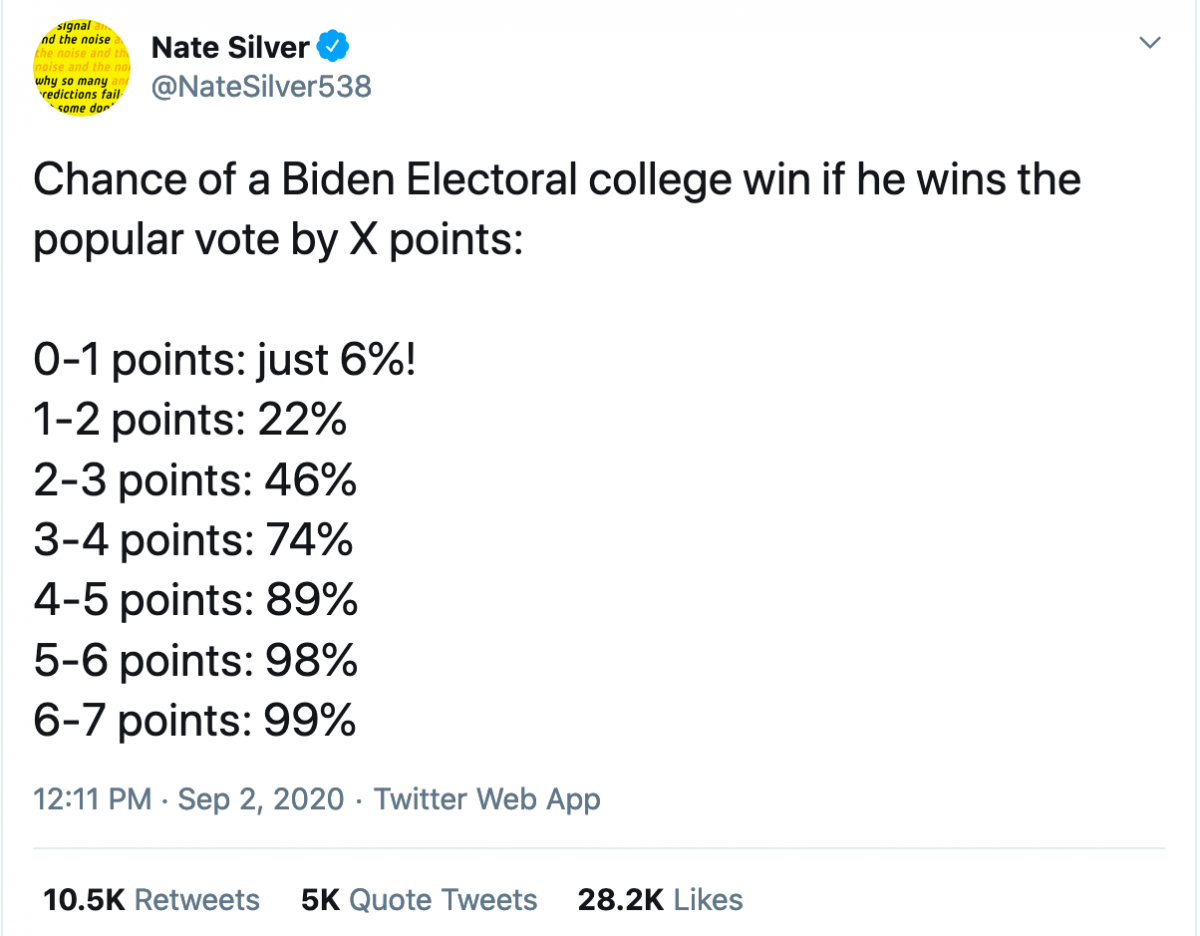