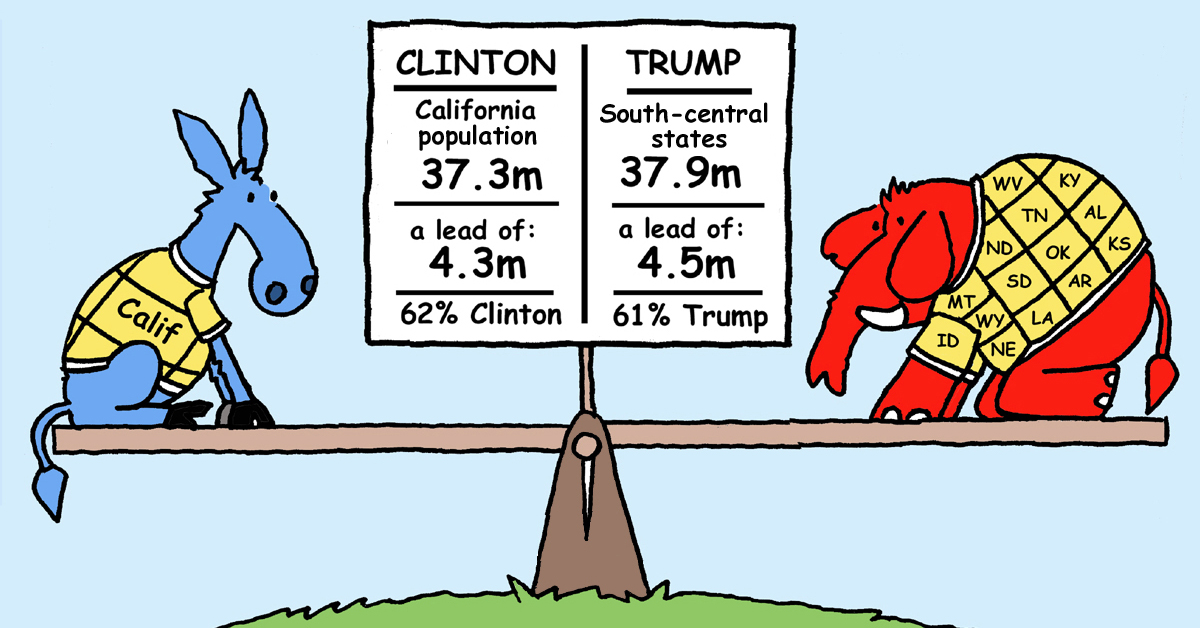 ● It is a fact that California has about 37 million people and that it gave Hillary Clinton 62% of its vote and a popular-vote margin of 4.3 million votes in 2016.  It is also a fact that California is counter-balanced by an equally populous Republican area in the south-central part of the country (which Nate Cohn called “Appalachafornia”) with 37 million people that gave Trump essentially the same percentage of its vote (61%) and essentially the same popular-vote margin (4.5 million).

● The political talking point that focuses on the seemingly large role of California in presidential elections arises from the historical accident that it occupies most of the Pacific Coast, whereas there are 14 states along the Atlantic Coast.  California was admitted to the Union as a single state under the Compromise of 1850 because of the then-delicate balance between slave states and free states in the U.S. Senate.  If California had been admitted as six separate states (as was suggested at the time), California’s population today would be no more noteworthy than that of such Atlantic coast states as Florida, Georgia, South Carolina, and North Carolina (which, by the way, have a greater population than California).

● Political talking points about alternative universes in which certain voters are removed undermine political discourse.  Every loser in every election would have won if some carefully selected portion of the other candidate’s voters were excluded from the vote count.