State winner-take-all laws (that award all of a state's electoral votes to the presidential candidate who gets the most popular votes in each separate state) make it possible for a candidate to win the Presidency while losing the national popular votes.

In these "wrong-winner" elections, the candidate wins one (or a few) states by very small margins, while losing the rest of the country by a large margin.

5 of our 46 Presidents have come into office in this way. 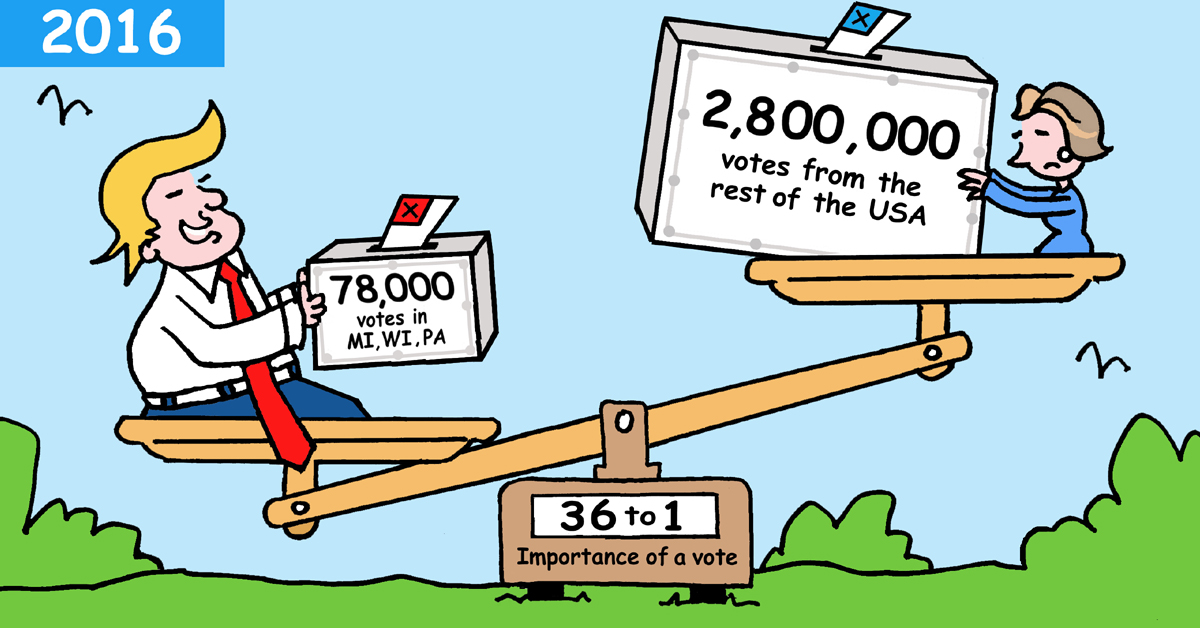 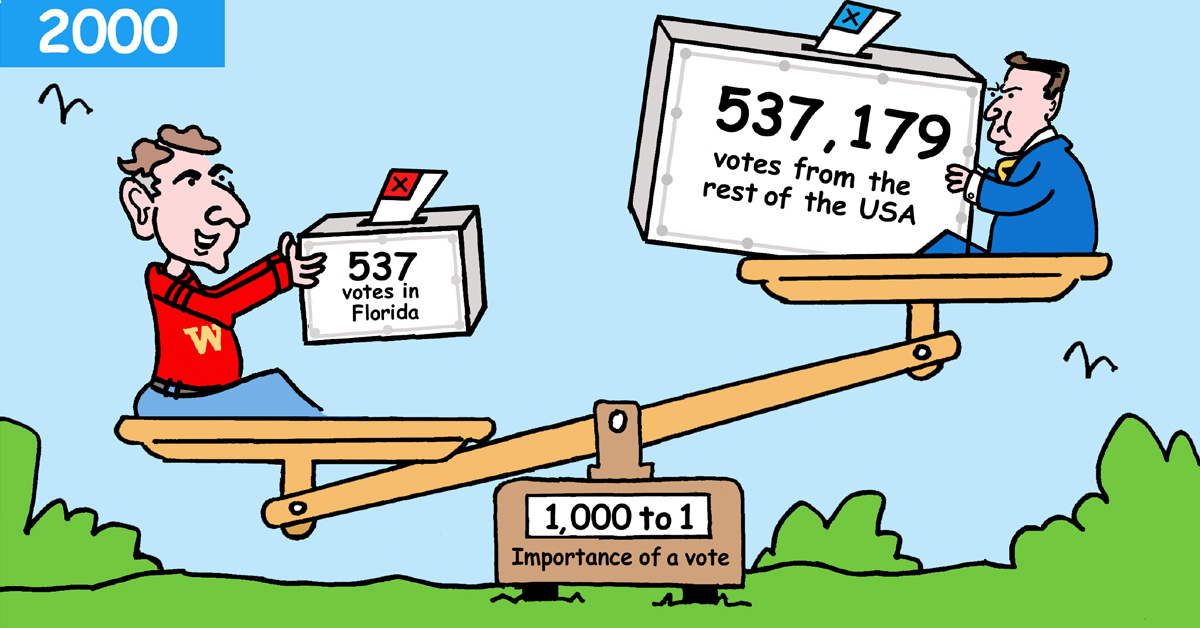 The 1876 election was similar to the 2016 election in that small margins in three states enabled Rutherford B. Hayes to eke out a one-vote win in the Electoral College. Hayes led Samuel Tilden by 889 votes in South Carolina, 922 votes in Florida, and 4,807 votes in Louisiana -- for a total lead of 6,618 votes. Each of those 6,618 votes was 38 times more important than Tilden's nationwide lead of 254,694. 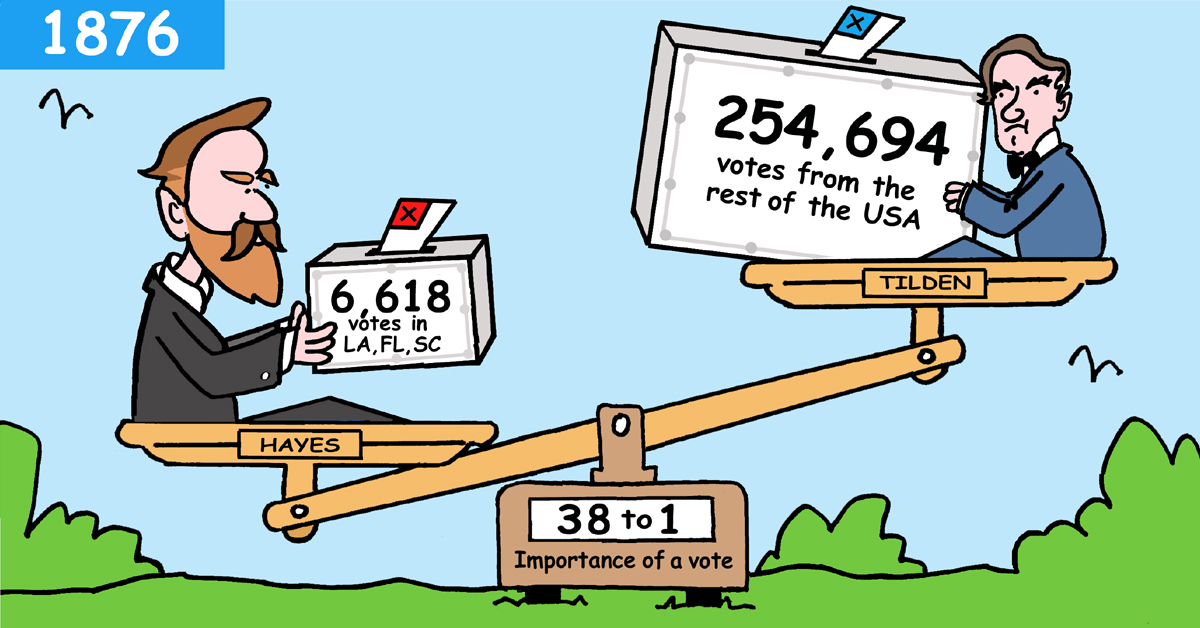 The 1888 election was similar to 2000 in that one state decided the Presidency.  Benjamin Harrison became President by carrying New York by 14,373 votes -- even though Grover Cleveland won the national popular vote by 89,293.  Each of those 14,373 votes was 6 times more important than Cleveland's nationwide lead of 89,293.

In 1824, John Quincy Adams became President even though Andrew Jackson received the most popular votes nationwide and even the most electoral votes. Because Jackson did not receive an absolute majority of the electoral votes required by the Constitution, the presidential election was thrown into the U.S. House of Representatives. Under this special procedure, each state had one vote, and John Quincy Adams emerged as President.

There have been 10 presidential elections between 1848 and 2020 in which a shift of a relatively small number of popular votes in one, two, or three states would have elected the candidate who lost the popular vote nationwide.