Half of the 96 presidential campaign events so far have been in just 5 states (Pennsylvania, Ohio, Florida, North Carolina, and Virginia).  The presidential candidates have campaigned in only 17 states since they were nominated in July.  Meanwhile, 33 states have been totally ignored.   Details. 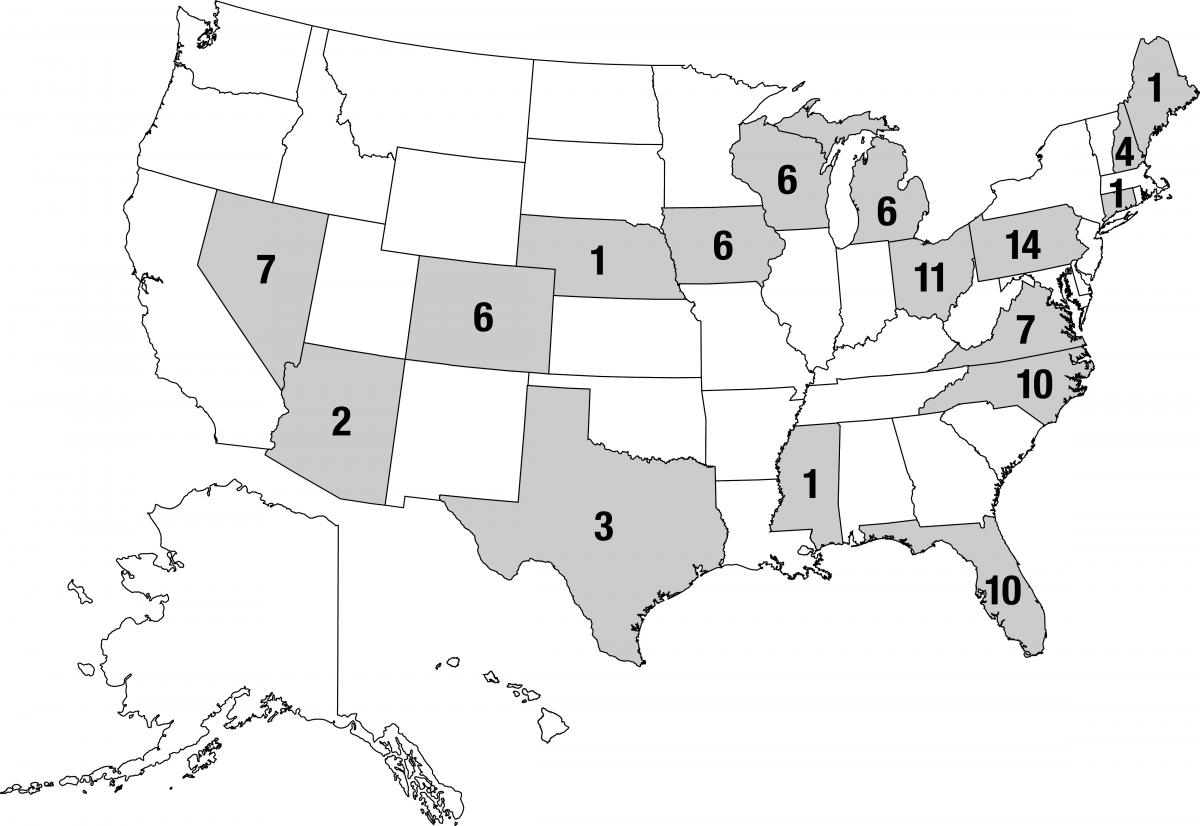 Most states will continue to be ignored because of state winner-take-all laws (awarding all of a state's electoral votes to the candidate receiving the most popular votes inside each separate state).

The National Popular Vote bill would guarantee the Presidency to the candidate receiving the most popular votes in all 50 states and DC. It would make every vote equal throughout the U.S.  It would mean that every voter, in every state, will matter in every presidential election.

You can change things.  Please use our convenient email system to remind your state legislators (most of whom face the voters in 10 weeks) to pass the National Popular Vote bill in your state.

This video explains how state legislatures can fix the Electoral College and make every vote equally important throughout the United States.

Fixing the Electoral College is about more than where candidates campaign. Battleground states receive 7% more presidentially controlled grants, twice as many disaster declarations, and numerous favorable actions from Presidents, as detailed in recent books such as Presidential Pork and Presidential Swing States: Why Only Ten Matter.

The U.S. Constitution leaves it to each state to choose its method of selecting its presidential electors.  Article II says, "Each State shall appoint, in such Manner as the Legislature thereof may direct, a Number of Electors...."

Current state winner-take-all laws may be repealed in the same way they were originally adopted -- namely by passage of a different law by the state legislature.

This video explains the constitutional basis for National Popular Vote.

The National Popular Vote bill will go into effect when enacted by states possessing a majority of the electoral votes (270 of 538).  Under the bill, the national popular vote winner will receive all of the electoral votes of the enacting states when the Electoral College meets in mid-December.  Thus, the national popular vote winner will become President, and the Electoral College will represent the will of the voters in all 50 states (and DC).

So far, the National Popular Vote bill has passed a total of 34 legislative chambers in 23 states, including recent bipartisan

The bill was approved this year by unanimous bipartisan House committee votes in both Georgia and Missouri.

Please take a moment to tell your state legislators to pass the National Popular Vote bill.

For more information,  watch one of our 15 short videos explaining different aspects of the bill or visit www.NationalPopularVote.com.